Solar Energy prices have declined tremendously in the last 5 years, with 2016 seeing record decreases in cost. These cost declines translate to savings for the customer.

Have We Reached Grid Parity?

According to WEF, more than 30 countries have already reached grid parity – even without subsidies.

Grid Parity is the point when alternative energy such as solar, can generate power at a LCOE (levelized cost of electricity) that’s equal or even less than the traditional price of power from the power grid.

In a report by the IEA (International Energy Agency), clean power capacity has increased by 153 Gigawatts. This increase overtakes coal as the leading source for power. By 2021, renewables are expected to comprise about 42 percent of the global energy capacity (IEA).

What does this mean to the consumer?

The continued decline in module prices, and extension of the Federal Tax Credit of 30 percent, make solar investments not only feasible, but economical to the consumer.

In 2017 we anticipate a larger proportion of potential customers in our service area to go solar. The case for going solar is clear: Solar prices are cheaper and more affordable in New Mexico when clients contract with installers that have full-service purchasing options, realistic financing plans, and work with manufacturers that provide quality modules and components at competitive prices.

It is important to look at the overall value of the project. Consumers are increasingly interested in the long term value, return on investment, product life, and the ability to integrate batteries in the future. 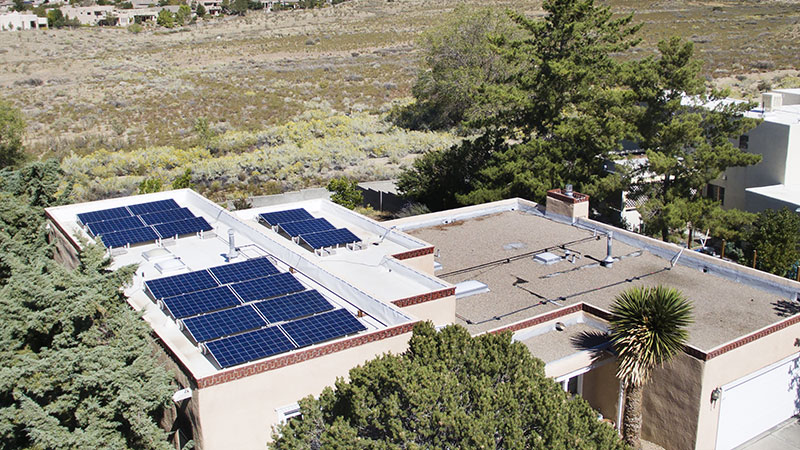 Contact Our Solar Professionals for a Free Solar Analysis